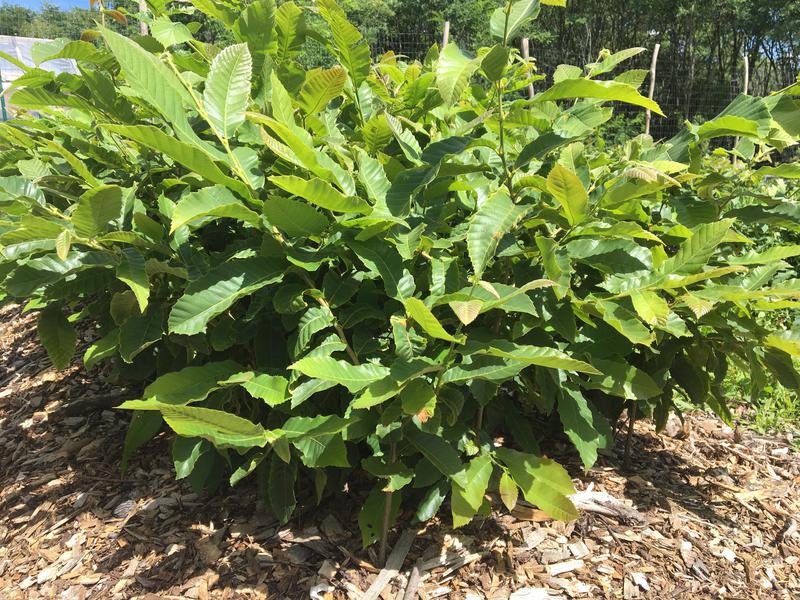 If you aren’t already familiar with chestnuts, they are essentially a grain-growing tree. This is said because the nuts contain far more starch than fat or protein. Basically anything that can be made with corn can be made with chestnuts. The American chestnuts were wiped out by a terrible blight in the early twentieth century, which is why hybrids are grown today. The additional genetics from Chinese and Japanese chestnut trees convey resistance to the blight.