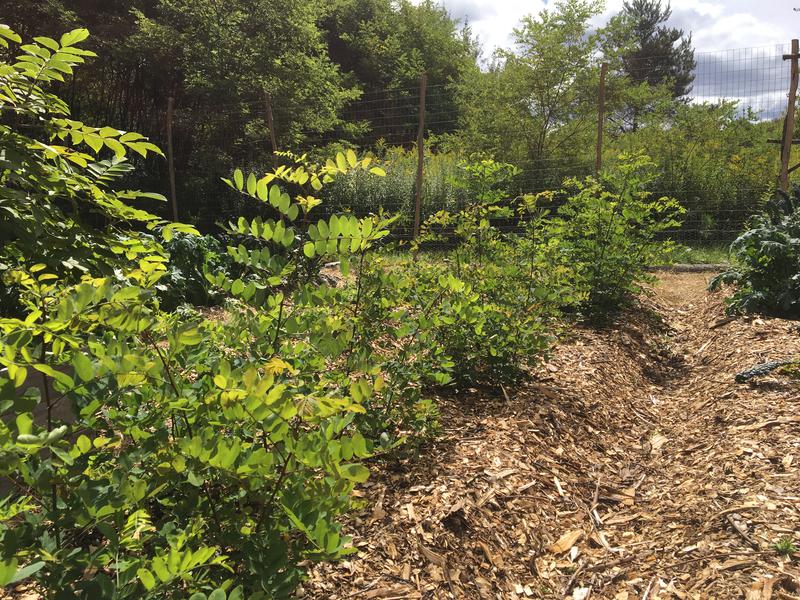 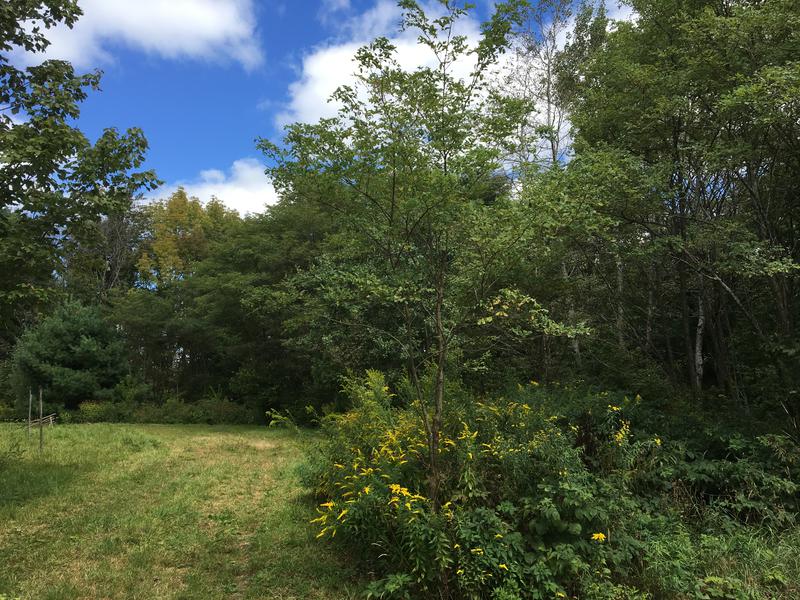 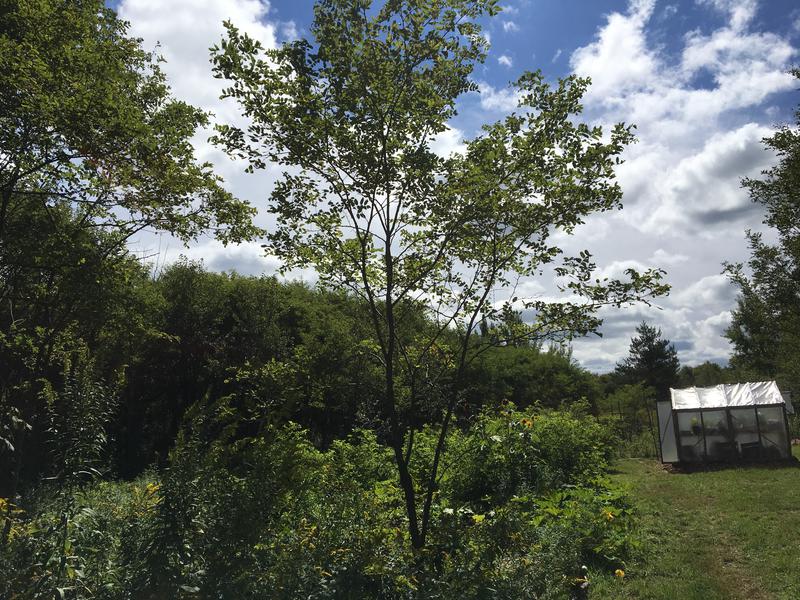 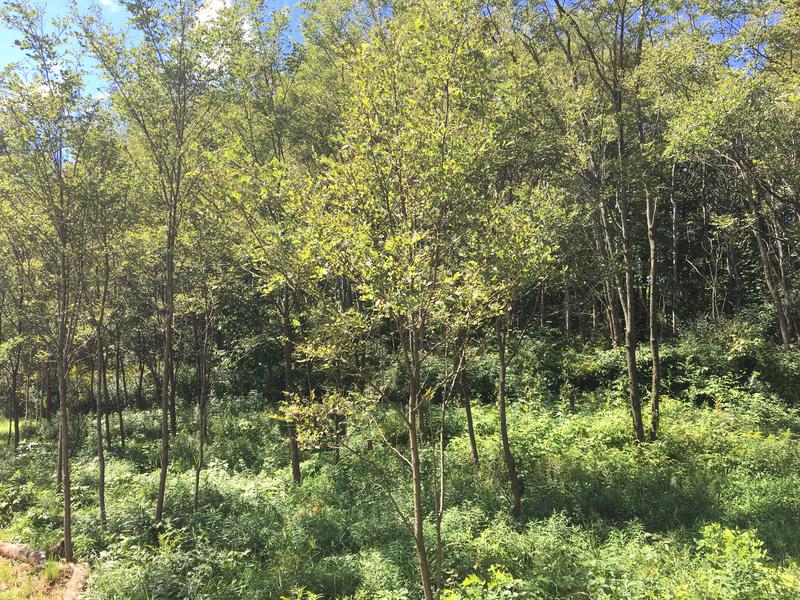 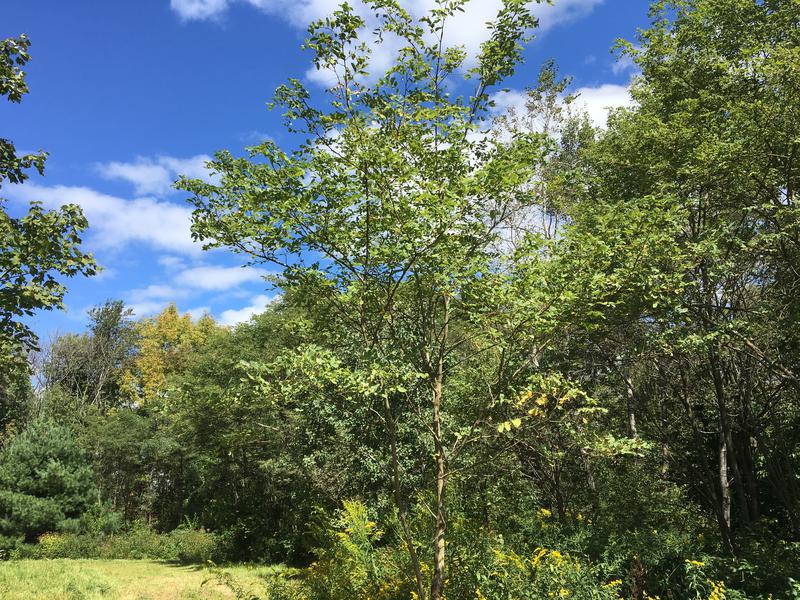 Black locust is an extremely fast growing tree with very dense, rot-resistant wood. They coppice very well, meaning they send up sprouts from the stump when cut down. The pole wood is especially useful for garden posts and other building projects around the garden. Black locust trees are covered in showy white flowers in later spring which provide great pollinator support. While most everything on the tree is toxic to consume, these flowers are actually edible. The tree is also nitrogen fixing which helps boost the soil’s fertility. A potential downside worth noting is that black locust has thorns. Our black locust trees are grown from seed.

New York State requires us to label black locust as invasive, even though it’s actually native. Because it grows so fast and spreads via root suckers, it can take over an unmanaged section of earth rather quickly. But unlike some other invasive plants it doesn’t exclude other species and inhibit succession. In fact, this opportunistic quality accelerates forest succession by creating groves where its pea-shaped leaves cast very light shade. These groves are prime places for hardwood species to get a foothold and move the system through to later stages of succession.